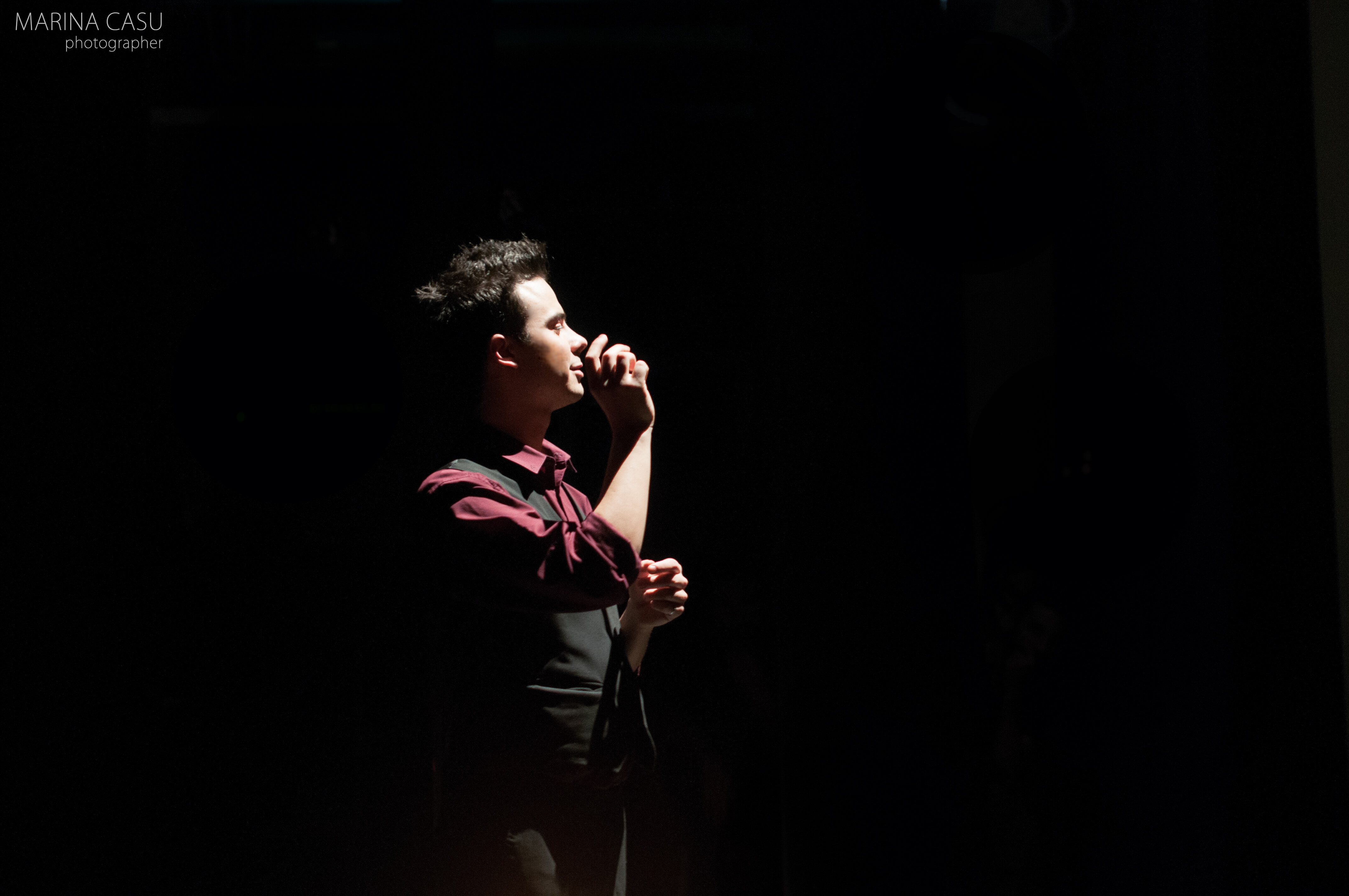 Francesco Micheloni’s Magic show on scene is like coming back home. It’s Magic in its ideal environment: the theatre.

The allure of the location will meet the one of the show and the audience, directly participating, will dive in a surreal dimension where everything is possible.

Francesco Micheloni’s theatre show called “Narrativa Magica” (Magical narrative) has seen stages of all Italy. The most important ones were the Teatro del Sale in Florence, which never hosted a magic show before him, and the one-week-long encore at Teatro Millelire in Rome in 2015.

Francesco Micheloni also wrote and brought on scene three different shows where the talents of several artists reunite, creating proper Magic festivals which are different from the usual presentation: all the performances are, infact, linked by a story. The different specialisations of the artists give life to a pleasant variety of sensations that will, therefore, meet the taste of everyone.

Francesco Micheloni’s Magic show on scene is also perfect as a break between other kind of shows, like variety shows, concerts, musicals or cabaret. This formula allowed him to perform in many theatres around Italy.

Many think that magic shows are for children: it’s normal to think of it, but it’s wrong. We were all children once, and to see a magic show rises up the fascinated child we were, a child that still lives within us, and can then play again.

So, what are you waiting for? Free your imagination.

On our Site, we use session cookies to make it easier for you to navigate the Site by saving your preferences and to improve and track the overall Site experienceOk